It’s all go behind the doors of the Greenhouse, and I have to admit Julia and I are pretty excited as the countdown begins to the Bologna Book Fair. I’m getting there a bit early, so I can acclimate to the time zone and also have a couple of days of relaxation in Bologna and nearby Florence, both of which I love but rarely have time to actually enjoy.
I’m flying Thursday evening, via Frankfurt, and will stagger into our hotel – round the back of the glorious Piazza Maggiore – some time Friday morning. Thinking of sending me a submission? You might do better to wait till I’m back on the 31st, as I won’t have time to look at email while I’m away. I’m trying to get really up to date before I leave though, so if you’ve sent me a submission in the last week or two you should be hearing from me.

I talked about territorial rights on my last blog post, and rights are still very much in my head as Julia and I prepare our Bologna documents: our list of ‘backlist’ books (those already with primary deals – ie, either in the US or UK, or both) and also our exciting list of new and upcoming projects that we’ll be pitching. Even if we know we won’t have the final manuscripts for a few months, editors love to hear what we have coming up. Everyone is looking for the Next Big Thing – or even the next smaller thing, which could nonetheless fill a niche in their forthcoming list.

In return, we want to know how each editor/publisher/scout/film person sees the marketplace and where they feel it’s going. Several days of those kinds of conversations add up to a lot of invaluable knowledge about the international scene, and provide clues as to where we should particularly invest our time and energies in the coming months.

So, from my last post you already know that the publishing world still divides territorial rights into chunks, even if the electronic era blurs the edges a little at times. But what other rights are covered in a publishing contract?

Everything in the contract to be exercised by the Publisher is called Primary Rights. But suppose the Publisher can’t exercise those rights for some reason (eg,they’ve been granted audio rights but don’t have their own audio list) or suppose they see opportunities to exploit the potential of your book in more diverse ways? In that case, they can LICENSE a range of rights to a third party – and that bunch of rights is called Subsidiary Rights.

What is included in Sub Rights? Well, I mentioned Translation Rights (or Foreign Rights) in my last post, and those are probably the biggest clump of rights within this bit of the contract – if the Publisher has been granted World rights. If they haven’t, then those rights remain reserved to the author – either directly or on the author’s behalf by their literary agency. It’s in the exploitation of these rights that Bologna (Frankfurt / London Book Fairs too) plays such a big part. 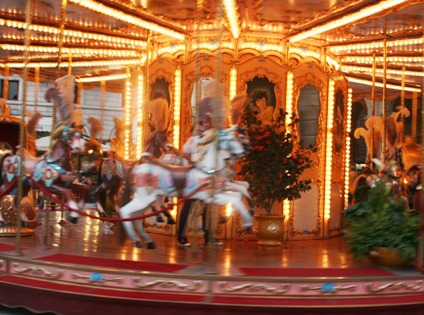 But there’s a lot more within Sub Rights.

We’ve already mentioned audio, which is rapidly becoming a dealbreaker for many of the bigger houses due to expanding potential for electronic download etc.

Ebook has been fairly straightforward for a while, but is increasingly coming under complex negotiation due to its potential for ‘enhancement’. Some of the complications lie in specifying clearly what those enhancements may be so there’s no confusion with potential film or TV deals down the line.

Here are some of the other rights can be sold to a third party:

Theme Park (I always wondered about that, until the Harry Potter world/ride opened at Disney!)

Dramatic – including Motion Picture, TV, Radio; and Non-Dramatic – ie, straight reading of the text as a performance.

Merchandising and Commercial rights – these being particularly significant if Film/TV is sold and the project actually goes into production.

Are you still with me? And you thought publishing was just a matter of your words making it on to the printed page of a book!?

Each of these rights above can be sold – ‘exploited’ – separately, and each has a split of monies set out in your publishing contract – many of them 50/50 (between publisher and author) in US contracts.

As I’ve said before, the story you tell – the manuscript that spews in a clump of messy pages from your printer, or downloads from a file on to your e-reader – is much more complex than you might think. And much more full of diverse potential.

Sure, your novel is an artistic work of entertainment, but it can also be described as CONTENT. Content to be chopped and parceled and sold in myriad ways.

It is, in business terms, a portfolio of rights. And Bologna is the ultimate rights marketplace in our industry of books for young readers.

Ciao! More from me after the fair. Wish us luck! 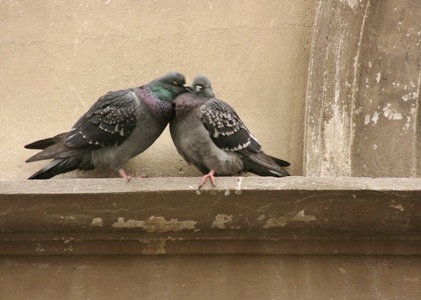 Pix:1) Brunelleschi contemplates his masterwork – the Duomo in Florence; or maybe he’s pondering foreign rights? 2) The merry-go-round of publishing, also Florence. 3) Ostensibly Florentine pigeons in love – but actually a pic of me pitching a new storyline to an editor at the fair . . .