I’ve invited London-based Greenhouse client Sarwat Chadda to write a guest post for my blog today. This week sees publication in the USA of his middle-grade epic Indian adventure, THE SAVAGE FORTRESS (Arthur Levine Books, Scholastic), which also has a sequel – THE CITY OF DEATH – publishing in 2013. Both books are also published in the UK/Commonwealth by HarperCollins, under the series title of ASH MISTRY.
Sarwat has a big place in the heart of Greenhouse; he was our very first client, and his debut, DEVIL’S KISS, was my very first deal – selling in a pre-empt to Hyperion in the USA and at auction to Puffin in the UK. It went on to be a Barnes & Noble Top 20 YA title of 2009.

In THE SAVAGE FORTRESS, Sarwat writes for a young readership for the first time. He and I shared for many months, if not years, the very special dream and history that lay behind his desire to write this story and bring it to today’s children. You can read more about the plot here: http://greenhouseliterary.com/index.php/books/ash_mistry_and_the_savage_palace/, and more about Sarwat here: www.sarwatchadda.com. Plus, of course, you can buy a copy on Amazon here!: http://www.amazon.com/Savage-Fortress-Sarwat-Chadda/dp/0545385164/ref=sr_1_1?s=books&ie=UTF8&qid=1349193084&sr=1-1&keywords=the+savage+fortress!.

Now over to Sarwat to tell us more:

THE SAVAGE FORTRESS is the story of Ash Mistry, a thirteen-year-old, geeky, and all together normal and ordinary London schoolboy. Ordinary, that is, until he becomes involved in the affairs of gods and monsters and immortal wizards and demon kings, out in exotic India. It’s about the worst summer break any boy could ever have.

It’s been a book that Sarah and I worked on for a long, long time. I’d like to tell you why, and maybe, when you’re struggling with another draft of your book and wondering if the thing will ever see the light of day, this little tale may help you stay on the road.

Everything always starts with a character. But before the character there’s a need. And that need manifested itself to me in a rundown old movie theatre some time in the mid- 1970’s.

Remember this was an era before dvds, videos and Sky. If you missed the movie at the cinema, that was it. Gone. Maybe you’d catch it on the telly (we only had three channels here in the UK), but that could be ten years or more after it had come out. The bigger movies were never shown on the television.

So, my father took me to see The Jungle Book. And my life was changed. Now, it is an awesome movie, we all know that, but to a skinny brown kid growing up in London back in the 1970’s, it was an epiphany.

Brown kids could be heroes too. Even ones wearing big red diapers. 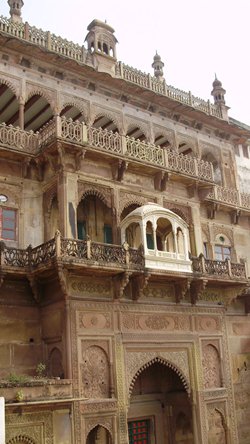 My heart swelled seeing Mowgli take on the Big Bad, Shere Khan. I sobbed when it looked like Baloo had died. I took to copying Mowgli’s mannerisms – the snort to blow his hair out of his face, the petulant crossed arms.

Fast forward about thirty years. I’ve started writing. And I look. And I look. And I look. Where are the heirs to Mowgli? Where are the other non-Caucasian children’s heroes? Sure, you can find them tucked away in ‘issues books’ but that’s not what I want. I want them riding dragons, battling monsters, being old-school heroes. How come there aren’t millions of them? Mowgli’s the biggest hero in kids’ books ever! Apologies to Harry Potter fans, but that’s how I feel.

Hence the need. A need to add a little colour to the world of bad-ass action heroes.

More than for any other reason, I wrote THE SAVAGE FORTRESS for myself. My ten-year-old self that always wanted another hero like him. Like Mowgli.

So, with that in mind, and knowing how picky my ten-year-old self was, I knew I had to do it properly. And that meant research. Which I love.

My first book (DEVIL’S KISS/Hyperion US, Penguin UK) was set in London, where I live. It helped the book no end that I was able to soak up the flavour of the streets and transplant them on to the page. My second novel (DARK GODDESS – same publishers) was set in Moscow and the story leapt into life when I was out there, discovering the city with the locals. Setting is very much a character in itself, and should be as rich, three-dimensional and vivid as anything else you put on the page. The reader must believe your world is as diverse and complex as their own. The air, the buildings and the streets all add their voice, a chorus, that sings throughout the actions of your protagonist. A building is not a building. It’s someone’s home. A temple has held joys and miseries and witnessed births and deaths. How many ghosts might linger there? How many dreams?

So I went to India. Ten-year-old Sarwat would have demanded nothing less.

I visited the Red Fort in Delhi and stood at the window where the last emperor of India watched his empire destroyed in the Indian Mutiny. I went to the temple in Varanasi where the god Shiva lit the funeral pyre. I wandered the old maharajah’s palace on the river bank with its phantom-haunted great hall and the view over the Ganges where the bodies burn. 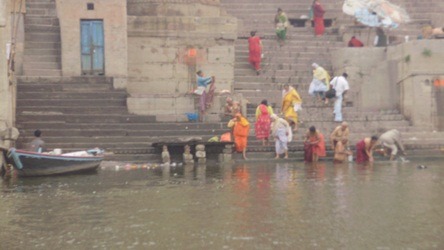 I found the home of my story. That palace, Ramnagar, became the Savage Fortress.

India is a fairy tale made real. No need for CGI, no need for matt paintings or odd camera angles. Jaisalmer could have come straight out of the Arabian Nights. The walled city sits upon a lonely desert, its ancient alleyways taking you through ornate caravanserais where camels still carry goods from city to city.

Varanasi, the holiest city in India, is still filled with orange-robed pilgrims; a place where temples stand on every street corner and sacred cows wander at will, defying shopkeepers, tourists and traffic. You look out from the balcony and watch the funeral smoke carry away souls.

What’s not well known is that the Indian sub-continent is home to one of the first civilizations, the Harappan or Indus Valley civilization. The society was at its peak about 2000BC, but then vanished overnight. India went from being a land of complex city states to a cluster of villages. These cities are slowly being excavated, and what’s cooler than tombs and mysterious, ancient civilizations? NOTHING.

So, I went to Harappa. It’s in Pakistan and I’ve family there who I hadn’t seen in decades, but that’s another story. It’s a strange sensation walking roads and visiting houses which were last inhabited over 4000 years ago. Strange and inspirational.

The story gradually took shape. In fact, it took two years to come together, but ten- year-old Sarwat had waiting this long already, so he didn’t mind. 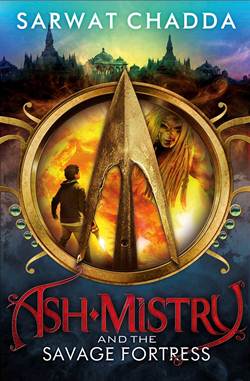 I’m proud of all my books, all authors are. But it’s been great meeting ten-year-old Sarwat again. Finding out what he’s into, what he wants, what he thinks life’s all about. Strange thing is, that ten year old’s concerns aren’t that much different from mine. He’s been looking for a hero, a story, which means something true to him.

And in the end, isn’t that why we write? There’s some question we want answered about ourselves, and the words we put down are the search. A long time ago I felt an outsider, disenfranchised from the culture I’d been brought up in. The role models and heroes around me didn’t reflect what I was, or could aspire to be. I know a lot of people, a lot of children, still feel that even now and I hope that the adventures of Ash Mistry will, in some small way, tell them there is a hero out there that’s different – one that’s not the cool kid, the one with the special destiny or gifts beyond those of mortal men. And most of all, I’d like to tell that ten- year-old Sarwat that at last he has the friends he was looking for.

Pix: 1) The US jacket of THE SAVAGE FORTRESS. It was edited by Cheryl Klein of Arthur Levine Books, in liaison with Nick Lake of Harper UK. 2) The palace at Varanasi and 3) the Ganges River (both shots by Sarwat). 4) The UK jacket of the same book; as you can see, it has a slightly different title for British/Commonwealth readers. This is also the edition that will publish into India. Interesting to note the different jacket styles too.