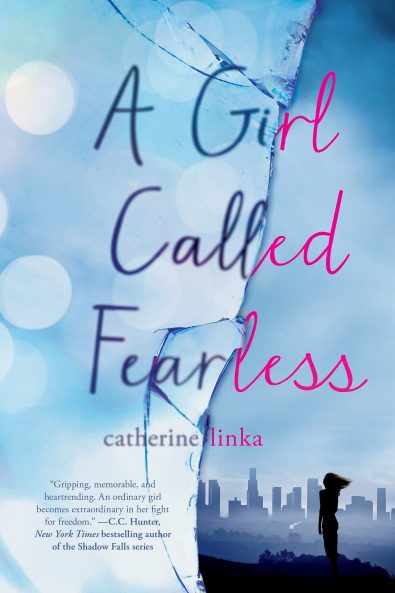 A smart, edge-of-the-seat, speculative and romantic thrill-ride, which asks big 'What if?' questions.

America, today. A continent upended by the deaths of tens of millions of women from a synthetic hormone in meat. Now teen girls are the country’s most valuable commodity, watched over by guards, gates and Paternal Controls on phones, internet and media.
Seventeen-year-old Avie knows her life is over when her father contracts her in marriage to millionaire businessman Jess Hawkins to raise money for his ailing biotech company. Destined to be moulded into Hawkins’s perfect First Lady as he runs for governor on the Paternalist ticket, Avie knows she has to get away – to save who she is and everything she wants her life to be.

Yates, Avie’s childhood friend turned revolutionary, knows Avie has what it takes to make it to freedom in Canada. But on a perilous flight from the mansions of Los Angeles and Malibu to the cover of an exclusive escort service in Las Vegas, Avie begins to learn dangerous truths about who really controls the US government. As her friendship with Yates turns to love, and pursued to the snowy Canadian border by government agents, she must discover whether she really is ‘a girl called fearless’. . .

The Amelia Bloomer Project list highlights the power of the individual and the collective voices of women across time and around the world http://ameliabloomer.wordpress.com/2014/03/01/nomination-a-girl-called-fearless/