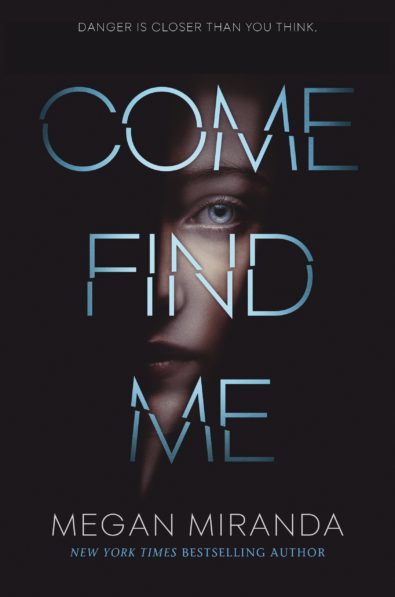 A captivating thriller about two teens who connect when each discovers a mysterious radio frequency, which suggests their family tragedies are mysteriously linked.

After surviving an infamous family tragedy, sixteen-year-old Kennedy Jones has made it her mission to keep her brother’s search through the cosmos alive. But then something disturbs the frequency on his radio telescope—a pattern registering where no signal should transmit.

In a neighboring county, seventeen-year-old Nolan Chandler is determined to find out what really happened to his brother, who disappeared the day after Nolan had an eerie premonition. There hasn’t been a single lead for two years, until Nolan picks up an odd signal—a pattern coming from his brother’s bedroom.

Drawn together by these strange signals—and their family tragedies—Kennedy and Nolan search for the origin of the mysterious frequency. But the more they uncover, the more they believe that everything’s connected—even their pasts—as it appears the signal is meant for them alone, sharing a message that only they can understand. Is something coming for them? Or is the frequency warning them about something that’s already here?

“Miranda created a compelling pair of protagonists, filled with heartfelt angst and relentless tenacity. Her latest book for young adults ages the kids from Stranger Things and puts them in Gillian Flynn’s Dark Places for a smart, dark, and ultimately hopeful story of the power of belief. This delivers on every level of tension and storytelling, and will draw readers into its pages as strongly as it draws its protagonists together.”