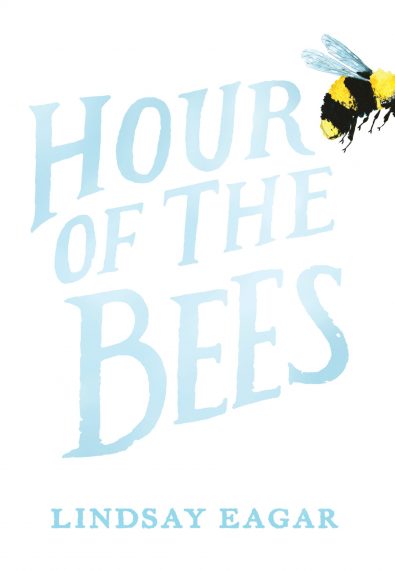 Hour of the Bees

Mysterious, moving and very beautiful, this is an unforgettable story about the meaning of time and the ties that bind a family.

Babysitting her 1000-year-old grandfather isn’t how Carolina wants to spend her last summer before junior high, because Grandpa Serge has dementia and is meaner than a rattler. With Carol’s family fixing up Serge’s sheep ranch to sell, she’s already counting down the days until they dump Serge at the assisted-living facility. Then she can go home. Sweet, air-conditioned home.
This stretch of New Mexico desert is so dry, the locals joke it’s cursed with an eternal drought. But Serge takes that literally. He says a magic tree used to grow on the shores of a green lake, and honeybees lived in its blossoms. When the tree was chopped down, the bees were so furious they carried the lake away and the drought began. It won’t rain again until the bees come back, Serge says.

Carol rolls her eyes at Serge’s wild stories, along with the rest of her family. But when she finds a beehive in the barn and hears thunder at night, she realizes that Serge could be less crazy than everyone thinks. There’s a mysterious connection between Carol and her dead grandma Rosa, whose wanderlust took her away from the valley, and as Serge’s stories of an extraordinary past begin to affect the present, Carol discovers that endings are only beginnings, and that the line between magic and reality, truth and fiction, can be very thin.

As Carol begins to rethink her roots and her family, the storm clouds gather – and now Carol knows she must fight for the one person she used to avoid at all costs: crazy Grandpa Serge.

There’s something happening under all that New Mexico sky, and it might be rain.

“Tightly plotted and elegantly characterized, this is a striking debut….A moving, atmospheric novel of family, heritage, and fairy tales that are more real than not.”

“Eagar seamlessly blends a 12-year-old girl’s summer of change with a hefty dose of magical realism in this accomplished debut.”