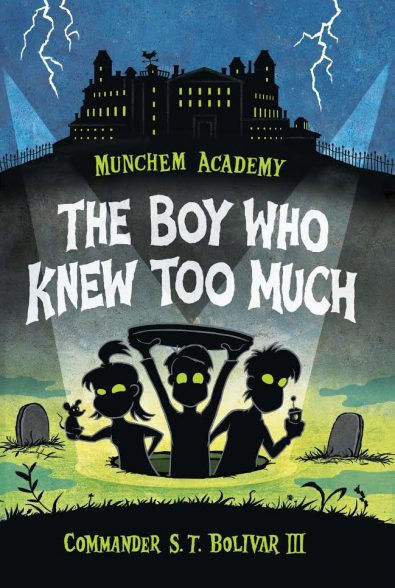 The Girl Who Knew Even More 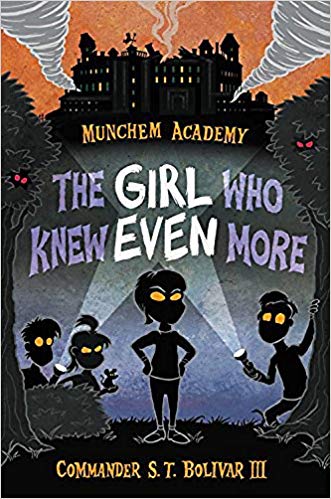 The Boy Who Knew Too Much

Mattie Larimore used to be the good son – by comparison with his awful, mean brother Carter (who calls Mattie girls’ names). But that was before Mattie stole a train, got caught and sent to  Munchem Academy, the world’s greatest reform school. Or is it? Because the kids at Munchem don’t really seem very reformed. Mostly, they seem terrifying, and the whole place is somehow just a little . . . off. Well, a lot off, if we’re honest. So Mattie’s goal? Get out. Fast.

But he may not be fast enough because Headmaster Rooney is tired of failing to fix problem children. His solution? Use that enormous machine hidden in the Munchem basement to clone the students, turning out perfect replicas.

Now Mattie and the renegade twins Eliot and Caroline are going to have to save Carter and the rest of the students. Because the cloning is working so well, Headmaster Rooney has decided to go big – and the entire student body is going to be cloned by Parents’ Night.

Suddenly Mattie – the terrified kid who only wanted to be invisible – must find his inner hero and fight back.