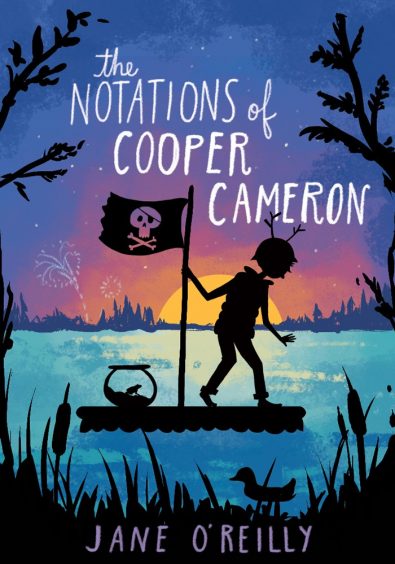 The Notations of Cooper Cameron

A thoughtful and heartfelt story of family and overcoming fears.

The story of an eleven-year-old boy who tries desperately one summer to cure himself of obsessive compulsive disorder after doctors and medications have failed.

In the midst of a troubled marriage and two years after her father’s sudden death while fishing up north, Cooper’s reticent mother decides to return to the family cabin and take Cooper and his older sister, Caddie, with her—escaping her demons at home as she inadvertently forces Cooper to face his fears of death and deep water.

To make matters worse, the mother announces in the car that the kids’ overbearing father will come up for long weekends.

Thank goodness for Caddie who tells it like it is, making her a steadfast link between Cooper’s strange world and reality. Although tremendously frustrated by her little brother’s odd behavior, especially in public, she can’t help but feel sorry for him as he employs his rituals of counting, touching and washing.

The plot thickens when Caddie falls for Todd, a local boy Cooper doesn’t trust, and Cooper races to his sister’s rescue. Although Cooper embarrasses his sister more than he appears to help her, there’s something reliable and comforting about his unique take on the world. As it turns out, Caddie needs him as much as he needs her.

With the help of Mr. Bell, a retired photo journalist and WWII vet dying of lung cancer, and Mike, a local boy Cooper decides is a good match for Caddie despite her lack of interest, Cooper begins to overcome past fears and look forward to things he never imagined doing.