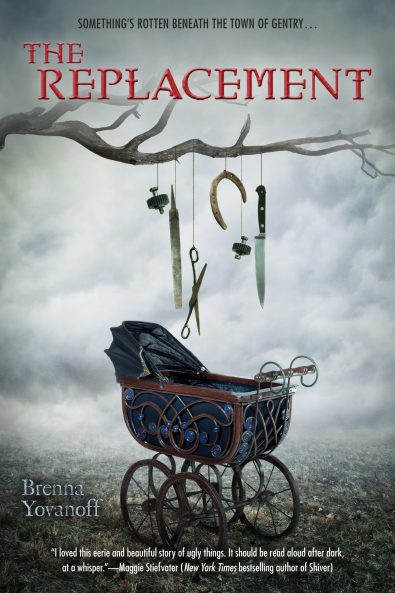 Elegantly strange, darkly compelling, this truly original debut novel marks the arrival of a major new talent. It features a brooding, bass-playing teen boy who is sure to resonate with all young adult readers.

Mackie Doyle seems like everyone else in the perfect little town of Gentry, but he is living with a fatal secret – he is a Replacement, left in the crib of a human baby sixteen years ago. Now the dark side wants him back, and Mackie must decide where he really belongs and what he really wants.

A month ago, Mackie might have told the creatures beneath the hill to buzz off. But now, with a budding relationship with tough, wounded, beautiful Tait, Mackie has too much to lose. Will love finally make him worthy of the human world?

September 2010: Starred review – followed by a place in the Top 10 ‘best first novels for youth published in the last year’.

October, 2010: THE REPLACEMENT debuts in the NYT bestseller list, shortly after publication.