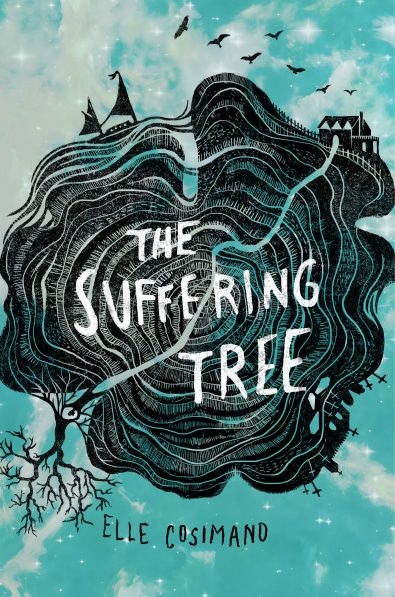 A YA horror/thriller with strong historical elements told in alternating points of view, by the author of NEARLY GONE.

Nothing grows in the mysterious old cemetery surrounding the giant white oak, but something lives beneath it.
After seventeen-year-old Nathaniel Bishop saved Emmeline Bell from being hanged as a witch, Archibald Slaughter hanged Nathaniel in her place. Emmeline, a high-spirited girl with moonlight-grey eyes, uttered a curse on Slaughter’s family as they pulled the noose over Nathaniel’s head, promising to avenge his death and claim retribution for the crimes against him. Nathaniel’s body rested in a shallow unmarked grave beneath the hanging tree… until now.

Three hundred years later, Nathaniel claws his way out of the ground and into the backyard of Tori Burns. Tori is a strange and troubled girl whose family has moved to town to claim a mysterious inheritance in Slaughter Farm – an inheritance the Slaughter family says she isn’t welcome to. Nathaniel’s resurrection is inexplicably tied to the tree, which hasn’t bloomed in three hundred years. As the tree begins to show signs of life, Nathaniel knows his time is short, made shorter by the fact that the more time he spends with Tori, the more it hurts to think about dying. And for the first time in a long time, Tori doesn’t want to think about dying either.

With the help of a mysterious blind woman who claims to know the history of the tree – and claims to speak with Emmeline — Tori and Nathaniel set out to unearth a family’s oldest and most guarded secrets and unravel the curse before the Slaughters succeed in stealing Tori’s future and sending Nathaniel back to the grave.