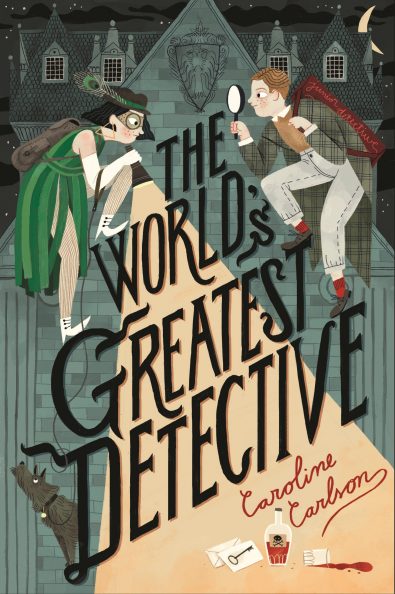 In Caroline Carlson’s newest novel, hilarity and hijinks abound as the greatest detectives around try to solve the greatest mystery they’ve ever come across

Detectives’ Row is full of talented investigators, but Toby Montrose isn’t one of them. He’s only an assistant at his uncle’s crime-solving business, and he’s not sure he’s even very good at that. But he sees his chance to prove he could be by entering Hugh Abernathy’s crime-solving contest in his uncle’s place.

Toby’s friend Ivy is the best detective around—or at least she thinks so. But she can’t show off her sleuthing skills and take the title because she’s not allowed to join the investigators’ ranks. Even though the competition is being held at her house.

Then a detective is found murdered before the games begin and his death becomes the World’s Greatest Mystery. And Toby and Ivy may be the only two who can crack the case.