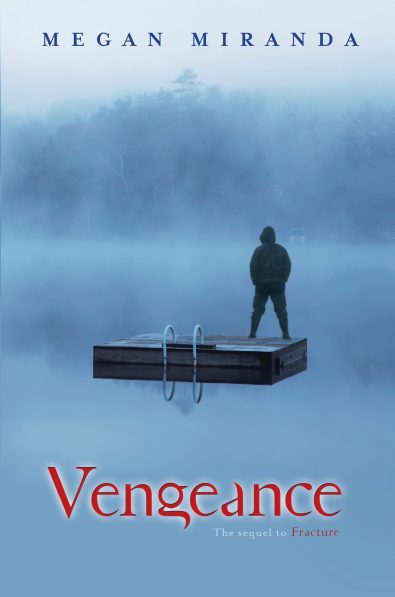 Intense and thrilling, a companion novel and sequel to FRACTURE, set a year after that story and this time told from Decker's perspective.

Everyone says Falcon Lake is cursed. After all, Delaney nearly died there, and Troy really did. And even Carson died covered in water, even if everyone knows that was really just melted snow.
Decker doesn’t believe all the talk about curses, and he pretty much buys into Delaney’s statistical theory – that every year a certain number of people in any given town are bound to die. He certainly doesn’t join in when people look at Delaney in that suspicious way – like she has something to do with all the trouble. Like she doesn’t just predict who’s going to die – like she may actually be involved.

Decker has always loved Delaney. But when she comes to his house and backs away from his dad, pale faced and weird, everything changes. Because Decker’s father has an appointment coming with death, and Delaney never said a word.

Whatever the truth about Delaney, aren’t there some things that are unforgiveable?

Megan Miranda’s VENGEANCE, a companion novel and sequel to FRACTURE, told from Decker’s perspective, in which the lake that claimed victims appears to be cursed as more tragedy unfolds, raising the question of whether Delaney’s strange affinity with the dying is something even more sinister,